Mercedes history is closely linked with the development of modern passenger vehicles and is full of rich events. This legendary brand made radical changes to the entire auto industry. Mercedes-Benz celebrated its big, 130th anniversary in 2016.

Our selection of products includes a full range of original Mercedes-Benz performance and body parts. You can get a wide range of replacement parts and accessories at wholesale prices from us - F.O.R.C.E. GmbH.

Feel free to check our Mercedes OEM parts wholesale price-lists (we will contact you shortly after your registration is complete) online.

Any MB replacement parts for all MB Models:

Mercedes auto parts are extremely popular and always in high demand all over the world . 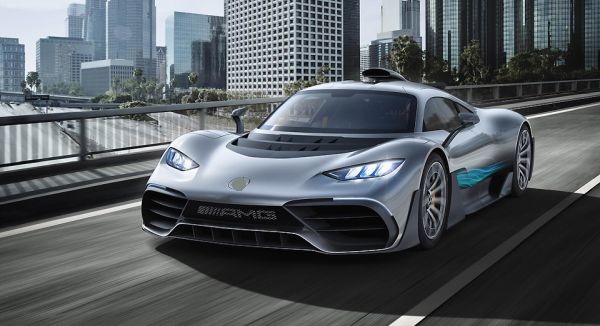 In January 1886, a German engineer, Benz, received a patent for the world's first car which drives a gasoline engine. At that time, the car looked like a 3-wheeled carriage with an engine. In 1891, a four-wheeled car appeared. In the same period, another engineer, Gottlieb Daimler, assembled a single cylinder of an internal combustion engine. Subsequently, in 1926, colleagues merged their companies into one.

The first Mercedes model was recognized as 35 HP 1901 model year with a 4-cylinder engine, with the volume of 6 liters, and power - 35 hp The manufacturer has become the company DMG.

Mercedes parts began to be produced slightly later, when the model received mass production. Daimler-Benz AG logo - a star with three rays in a wreath frame. Now the emblem has become a circle and the most recognizable logo which has become a symbol of wealth and luxury.

You can order original Mercedes auto parts from Germany wholesale. F.O.R.C.E. supplies its products with certified quality anywhere in the world. Thanks to cooperation with leading manufacturers, the prices in our logistics center are adapted to the requests of owners of Mercedes cars and are among the lowest in the category of auto spare parts for cars with high status. We offer only original auto spare parts for Mercedes cars wholesale and retail online.

Signed models for the brand became cars, released in the 70-90s of the XX century. It was at this time that the model W123 was formed, known among motorists as a "barrel". Next model 190, subsequently replaced by the class "C". in 1997, the popular Mercedes W124 was released. Later popular models of class "E" - W210,211,212. In the 2000s, a dozen new models were developed. The flagship sedan of 2013 was the pride of the company and a symbol for bringing all the latest technology in auto world together

For the safe movement of a car that has the status of a global brand, the corresponding Mercedes auto spare parts with the appropriate quality certificates and warranty are required. Mercedes parts go to the warehouse of F.O.R.C.E. GmbH directly from manufacturers, bypassing intermediaries.

Structured catalog search simplifies the selection of any spare parts for the car Mercedes. Our company staffs are experienced experts and well versed in the car and the decoding of wine codes. We will answer all your questions and guarantee the breadth of the range, accuracy of selection, adequate prices and best timely delivery.