Volkswagen or the path to global recognition

Concern Volkswagen AG differs from the majority of the main competitors by a truly colossal assortment of simultaneously produced models. If you add to them those that are already finished, and the operation continues, the list becomes even more important.

On the roads of the planet run numerous recently departed from the conveyor belt, as well as faithfully and truly obsolete owners of decades of minibuses, trucks and cars equipped with various engines (diesel or gasoline). Each of them periodically needs repair or replacement of spare parts. Original Volkswagen parts from Germany are offered by our company at reasonable prices. Parts and accessories for cars Volkswagen - one of the most popular areas, largely related to the success and popularity of the brand. What is the secret to Volkswagen's success?

Volkswagen plant in Wolfsburg from the very beginning was destined to become the largest automobile plant in the world. The area of the factory today occupies an area comparable to that of Gibraltar. The area of the closed hall only is the size of the Principality of Monaco.

On March 8, 1934, Adolf Hitler demanded the construction of a car for the general public at the opening of the 24th International Motor Show in Berlin. It was supposed that such a car should be able to withstand a continuous speed of 100 km/h, be suitable for family use, with four seats, be economical in consumption and cost less than 1000 marks. Ferdinand Porsche, who had his own design office in Stuttgart, received the desired contract for prototype development on June 22, 1934 from the Association of the German Automotive Industry. At the same time, many German automobile companies, interviewed about the feasibility of the project, doubted that Volkswagen could be implemented at all. All concepts implied huge material costs, lack of rational production methods at high production costs. However, the stubborn Porsche did not give up. Since the automotive industry was not interested in subsidizing Volkswagen, Hitler instructed the German Labour Front to build the largest automobile plant in Europe. The plant was financed by the sale of confiscated trade union assets in 1933. 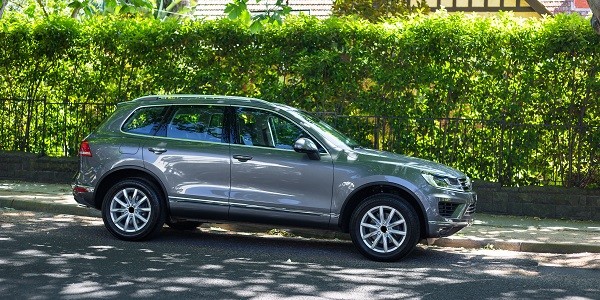 During the Second World War, the Volkswagen plant switched to the production of military equipment, including punitive weapons V1. From 1940 to 1945, about 20,000 people were engaged in forced labour, including prisoners of war and concentration camp prisoners. After heavy bombardments in the summer of 1944, the plant moved the main production under the ground. After the Second World War, responsibility for the factory was transferred to the British military government in the British occupation zone. 20% of the factory buildings were destroyed, but 93% of the equipment was in working order. The Wolfsburg factory has a memorial to forced labour. On 7 July 1998, after lengthy negotiations with the federal government, Volkswagen gave way to growing international pressure and created a humanitarian basis for compensation payments to former forced laborers.
British Major Ivan Hirst had a great influence on the development of the plant in the first post-war years. In 1949, the British military government handed over the company to the state of Lower Saxony. In 1962, the company employed 69,000 people. At the same time, the first strike of Italian workers was held among guest workers working in Germany. In 1972, the number of staff exceeded 192 thousand employees, and annual sales amounted to DM16 billion.

On February 10, 1975 Tony Shmucker joined the position of General Director: plans were made to expand the financial group, acquire new brands and open new market segments. Since 1982, the company has been headed by Karl Khan. Within ten years, he turned VW into a global player. In 1992, the joint sales network of Volkswagen and Audi ceased to exist. On January 1, 1993, Ferdinand Pieh, grandson of Ferdinand Porschet, took over as Chairman of the Management Board of Volkswagen AG.

In 2015, Volkswagen's brand faced tough times. The company had to admit serious violations in the software product of its diesel engines. As a result, Volkswagen AG lost up to 23% of its value on the first day of trading. The U.S. Department of Transportation began litigation, which meant that Volkswagen would face fines of up to $18 billion.

On September 22, VW admitted that the compromised software is present in other vehicles of the brand outside the United States, which exceeds 11 million vehicles worldwide. A warning was issued about profits and losses due to the infusion of future financial reserves, which led to a further 20% drop in the share price.

Martin Wintercorn, then CEO, resigned on 23 September. The reform plan, presented in November 2016, envisages a reduction to 30,000 jobs by the end of 2025, of which only Germany will lose 23,000 workers. At the same time, it is necessary to create 9,000 new jobs and invest €3.5 billion in the future viability of the brand.

Volkswagen was named the fourth most influential car of the 20th century in the "Car of the Century" competition in 1999. On August 25, 2017, Volkswagen announced the launch of its 150 millionth car in the history of the brand. The start of production of Volkswagen cars dates back to December 27, 1945, so it took just over 72 years to achieve this figure.