Mercedes Benz story - After the merger of Daimler and Benz in 1926, the new Daimler-Benz group was able to effectively use the experience and knowledge of the designers of both companies, headed by Ferdinand Porsche. He completely updated the production program, taking as a basis not only the logo of Mercedes Benz, but also the latest models of Daimler, now produced under the brand name Mercedes-Benz. The first new development of the Porsche in 1926 was the "compressor" series. For its high power and speed (up to 145 km/h) it was called a "death trap". It became the base for the more famous S series.

In 1930, there was a Grosser Mercedes , or Mercedes-Benz-770 with an 8-cylinder 200 hp engine. In 1931, the company debuted in the sector of small cars, where it was represented by a very successful Mercedes-170 with a 6-cylinder engine, with an independent front wheels suspension. 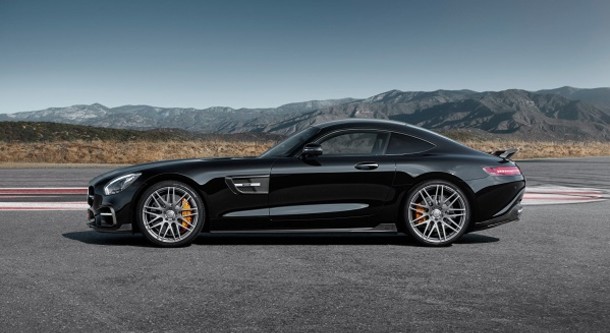 During the war, Daimler-Benz produced both trucks and passenger cars of different classes. The post-war reconstruction of destroyed factories took time, so the automobile production was started only in 1946.

The first was Mercedes-170V with a 38 hp engine. Three years later, a diesel version of the engine was put on sale. Among the first new developments was the popular Mercedes-180, as well as more solid series 220 and 300. The class of sports models in 1951 headed 300S.

Buy Genuine Spare Parts for Mercedes wholesale from Germany, you can in the online shop of the company F.O.R.C.E. GmbH. n 1954, the famous 300SL sports coupe with gull's wing doors appeared, which had no analogues all over the world. Next year, an inexpensive compact convertible 190SL was produced.

In 1958, there was a technical revolution - engines with high-precision mechanical fuel injection system by Robert Bosch went into mass production. This made it possible to increase power on the 220SE model. Since that time and until 1994, many Mercedes-Benz models were designated by the letter E, i.e. fuel injection.

In 1959, a new family of mid-range cars received elegant load-bearing bodies with vertical headlamp blocks, a huge luggage compartment and independent suspension of all wheels (models 220, 220S and 220SE). They have demonstrated the highest technical level of this brand of cars.

At the end of 1963, the model 600 of the representative class was shown. This vehicle had a maximum speed of 204 km/h. Mercedes-Benz 600 claimed the title of the best car in the world.

At the Frankfurt Motor Show in 1965 for the first time the range of so-called S-class models of the most prestigious cars of the company was shown. It included models 250S and 250SE in its technical parameters superior to competitors. The most powerful and comfortable model of this series was the elongated 300SEL, which reached a maximum speed of 220 km/h. Since then, the S-series has become a symbol of technical achievements of Mercedes-Benz.

The most mass-produced products of the company are middle-class cars, which were replaced in 1967 by a large series of models (from 200 to 280E). This family was produced not only with 4-door sedan bodies, but also with a 5-door wagon and 2-door coupe. The diesel versions of these models are very popular. For 11 years of its production these models were very popular. More than 2.7 million cars were produced (models from 200 to 500E).

Despite the fact that Mercedes-Benz cars are among the most reliable, sometimes it is necessary to make repairs.

We recommend that you purchase parts for repair from reputable suppliers - a wide range and professional F.O.R.C.E. consultants will help you to make the right choice and buy Genuine Spare Parts wholesale from Germany on favorable terms.

Compact size cars, which the company abandoned in the 50's, appeared again only in 1982.

In the 90s there was a radical change in the Mercedes-Benz program. The company presented its products in several new market sectors. Nevertheless, the basis of the company's program is still the classic cars of the series C and E.

From 1998 to the present time the range of Mercedes-Benz models is very wide. Customers are offered dozens of models and modifications of 12 separate series.