Each car engine has its own engine life, but sometimes it wears out prematurely. And then you can hear noise, rumble and smoke from under the hood. In some cases, the engine is subject to overhaul, but often the car's heart has to be scrapped.

If it is possible to repair the engine, it is necessary to choose the right spare parts supplier. The reliability of the supplier and the quality of the components offered by him for the car is a guarantee of your safety on the roads. Company F. O. R. C. E. GmbH has long established itself as a reliable partner in this field. We offer Genuine Auto Parts from Germany at wholesale prices that are reasonable for our customers.

However, it is worthwhile to understand the causes of premature motor aging and how to prevent it.

The engine generates heat during operation, but heating must go up to a certain degree, after which it becomes critical. If the engine temperature is too high, the valves and pistons are the first to suffer.

The cause of overheating is often a defective cooling system: rupture of the pump drive belt, impeller failure, low coolant level in the system. 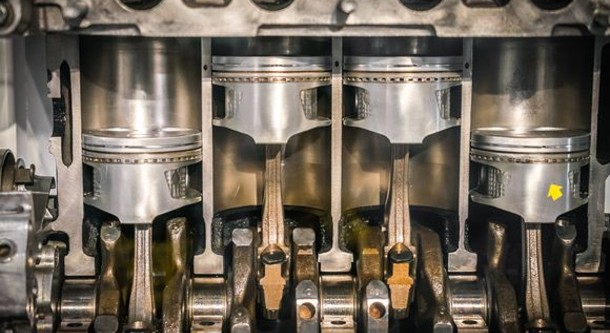 Old motors with mud deposits and deposits in the cooler shell are also prone to overheating. This is most often the case when the coolant is of poor quality or when the tank is filled with plain water.

Poor quality fuel is slower to burn, which has a negative effect on the temperature of the power pack: low octane number of fuel and frequent detonation cause overheating. Broken motor adjustments also lead to overheating.

In addition, the engine overheating is caused by the driver himself, who operates the engine in modes that are not permitted for the unit.

When an engine taps, it's not a good sign. The reasons for the knocking of the valves may be:

- overheating
- bursting valve spring
- Coking of the valve: Sometimes the carbon build-up on the rod in the outlet channel, and sometimes it is due to oil decomposition.

It should be noted at once that jamming of the engine is an infrequent problem, but if it does occur, the consequences are usually irreversible. The problem is the lack of lubrication of the crankshaft bearings, which results in the shaft surfaces rubbing against the bearing shell, the latter moving away from its position and cleaning up the entire unit.

This is most often the case when the oil filter is broken or worn out, and its bypass valve does not operate. Sometimes there is not enough oil in the motor: a pallet is punctured, the oil has burned out or the crankshaft gland has been removed.

In the event of a hydrostatic shock, the engine overhaul will be useless. The essence of the problem is the ingress of water into the cylinders, which blocks the piston movement to the upper "dead" point. At the same time the connecting rods bend, crankshaft bearings and the shaft itself fail.

Hydraulic shock is usually caused by the penetration of coolant into the cylinders through the punctured head gasket. White smoke is extracted from the exhaust.

Sometimes water enters the cylinders when moving through deep puddles, when water covers the roof of a car.

Having listed the main reasons for premature engine wear it should be noted that with proper and timely maintenance the car engine does not break, most often