Audi parts - It is well known that German-made cars rarely break down, but despite this, the quality of our road surface, climatic conditions and other factors influence quite strongly and sooner or later you will have to buy Genuine Parts Audi. Here you will face a dilemma, as you can save on buying spare parts by buying cheaper analogs or buying Genuine Spare Parts.

Everybody has their own way of dealing with this issue, but as a rule, those who choose to buy an analog sooner or later face more serious problems, the car refuses to function properly and its repair takes much more time and money to complete. Therefore, it is very important to buy Genuine Spare Parts Audi wholesale from proven suppliers in Germany. 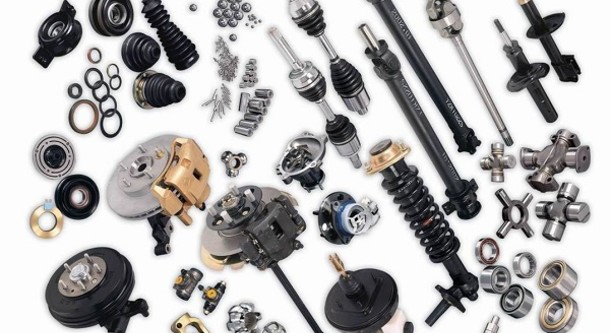 Buy Genuine Spare Parts wholesale from Germany, so you can quickly and relatively inexpensively.

A car is a complex technical device in which the individual components and mechanisms work together. Before the next car model is put into production, the parameters of the car's mechanisms are carefully calculated and adjusted. Now imagine what would happen if instead of a failed Genuine Spare Parts Audi, put its analog. Parameters of work of mechanisms of a car will change, and not in the best way. Because of this, the service life of the units will be significantly reduced and they may fail at the most inopportune moment, which may lead to an accident or vehicle breakdown. Therefore, it is better to buy Genuine Spare Parts Audi the price of which will be incommensurable below that which you will have to pay in case of failure of other Audi units.

← Why doesn't the engine run properly? ← Air appearance in the braking system ← How long does a battery hold its charge BMW Genuine Spare Parts → BMW is a success story → Original Auto spare parts for Mercedes-Benz trucks →