What drives progress in the automotive industry?

Quality components, lubricants and original auto spare parts for passenger cars from Germany sold by F.O.R.C.E. GmbH. The choice of a reliable supplier is the most important fact of success in business. Confirmation of this can be found in the history of the automotive industry.

Who develops modern cars? Probably - engineers and designers of automobile concerns. It is obvious that they do not invent every nut, but use a lot of components developed and produced by specialized companies. And to be even more precise, the development of assemblies and assemblies is often carried out by joint efforts. 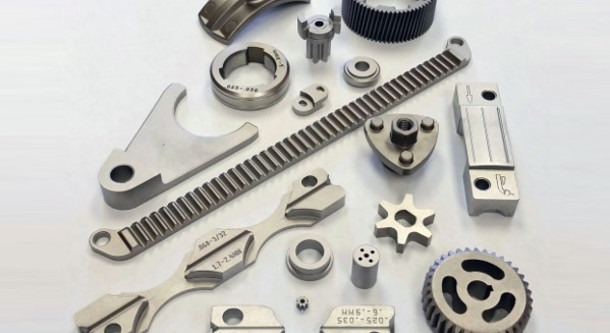 The history of the relationship between automotive manufacturers and component suppliers

At the dawn of the automotive industry, piece production flourished. The designer made a sketch design, and the workers of his workshop themselves made most of the components. Some specific components were ordered from manufacturers of parts for steam engines and other equipment. By means of experiment, the design was lowered, more suitable sizes and designs of knots were selected. Accepted in a series, if it is possible to speak so about some tens or hundreds cars, the model was assembled from details of own manufacturing of firm and made to order by contractors.

With the advent of the conveyor assembly method and the beginning of mass production of inexpensive models of automobiles, the division of labor between automakers and component manufacturers increased. The carmaker, if desired, could assemble the auto spare parts that already exist on the market as a designer. Everything else could be ordered, and even cheaper - bought in a ready-made form, as the cost of auto spare parts is lower in mass production.

This was quite a long time. Indeed, why invent suspension units, engine auto spare parts, bearings and transmission parts when all this can be bought? The main task of the car manufacturer was to develop an attractive design and comfortable interior, choose the size and characteristics of the car to suit the taste and purse of the motorist.

By the middle of the twentieth century, cars became heavy - even "small cars" weighed well for their size. And for fans of powerful cars huge atmospheric engines were assembled. But as time went by, the car became more and more popular, fuel prices increased steadily, speed increased, safety and environmental standards tightened.

And finally, the time came when the developers had to make a technological breakthrough. It was impossible to build a competitive vehicle without know-how in component manufacturing. This is especially true in the areas of engine construction and power transmission. The efficiency of modern internal combustion engines has increased from 25% to 60-70%, not least due to reduced friction losses in bearing units and transmissions. Without innovative bearings, the installation of turbochargers and increased engine load would not have produced this effect.

Today, vehicles are being designed in close cooperation between the designers of the automotive group and the component manufacturer. The automotive manufacturer asks component designers what characteristics of the same bearing or shaft they can give out under certain dimensions and weight: in terms of load, strength, wear resistance and energy loss. Naturally, for each size, the component manufacturer provides the highest parameters, focusing on its latest achievements - it is in its own interest.

That's why not all cars are the same in terms of reliability, performance and fuel efficiency - the leading automotive groups work with the leaders in the auto spare parts industry, second tier manufacturers with more ordinary suppliers, and so on. Theoretically, a mid-range carmaker can create a luxury car, but its price will immediately be equal to the price of existing manufacturers in this class, and the design will still require adjustment. So it turns out that the design of a modern car is determined by the technological capabilities of component manufacturers.

← Quality is above everything ← The difference between German and Japanese cars ← Spark plugs Car bearings → Why is the engine oil getting darker? → Automotive Catalyst →