Aluminium in the automotive industry

Company F. O. R. C. E. GmbH specializes in the wholesale supply of original spare parts from Germany all over the world. The high quality of supplied products, reasonable prices and special conditions for large wholesalers are guaranteed.

Use of aluminium in the production of automobiles

The first sports car made of aluminium was presented to the public at the international exhibition in Berlin in 1899. And the first engine, which used aluminium, was made a few years later. In 1901, Carl Benz, later a world-famous motorist, presented a new car with an engine, parts of which were made of aluminium, for the prestigious races in Nice.

"Light metal" reduced the weight of the car, made it more maneuverable, but the difficulty of processing aluminum, lack of knowledge and high cost limited the possibility of mass use of this metal at the beginning of the century. It was only in the post-war years, when aluminum became more accessible and cheaper, that the British company Land Rover seriously studied the possibilities of "winged metal" and in 1961 demonstrated and then launched into mass production a model of the car - the Buick 215 with an eight-cylinder (V8) engine. Blocks of this engine were made of aluminum. The new engine immediately gained popularity with racing drivers: compact and lightweight, it weighed only 144 kg and gave a significant advantage in acceleration. 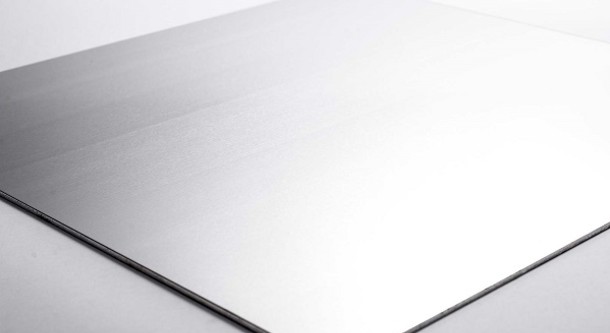 In 1962, Mickey Thomson, a man of American racing legend, took part in the Indianapolis 500 racing with a light metal engine that performed perfectly in those competitions. Many firms later improved this legendary engine and used it in various mass-produced models and racing cars, including Formula 1.

In the seventies, the oil crisis forced automotive companies to look for ways to reduce fuel consumption. It is known that fuel consumption depends largely on the weight of the car. It has been estimated that reducing the weight of a small passenger car by 100 kg could save up to 700 litres of gasoline over the entire life cycle of the car (80,000 km). As a result, carmakers have begun to replace many parts with lighter aluminium parts, thereby reducing the overall weight of the vehicle. Today, an ordinary passenger car contains an average of 110-145 kg of aluminium and every year the share of "light metal" increases.

The new strong aluminium alloys are able to completely replace the steel traditionally used to produce such an important element of a car as a bodywork. This was proved by the engineers of Audi, which in 1994 presented the A8 model, the body of which was made entirely of aluminium. The weight gain of the presented model was 239 kg! Almost 20 years of research and development have resulted in the ASF space frame, a high-strength aluminium structure with large aluminium panels that take on part of the load. The pressed aluminium panels are connected by means of multifunctional cast elements. The new design required the most advanced technology. New lightweight alloys and material processing technologies have been developed for this purpose. The aluminium body models have created a real sensation among Audi experts and fans. And the use of other components and original spare parts for Audi made of aluminium significantly improved the performance of the car. Now the Audi A2 (improved version) and the A8 (updated version) models receive all-aluminium bodies. Since 1993, the company has produced 133 thousand of these A2s and 117 thousand A8s.
Keeps up with Audi and Rover. The new generation of Land Rover SUV - Range Rover - will have an important difference from its predecessor - aluminium body construction. The aluminium body will allow to reduce the weight of the Range Rover in comparison with the Land Rover by about 300 - 400 kg. However, in the Land Rover range this car will still remain the most pompous and representative, with the most spacious and luxurious interior. In particular, the aluminium body will improve fuel efficiency and reduce carbon emissions, as well as have a positive impact on the vehicle's dynamics and handling.

The BMW of the fifth series is built with the active use of aluminium. Original parts for BMW and almost all the elements of the front of the car are made of "light metal". According to experts, this solution is dictated by the desire of BMW engineers to reduce the overall weight of the car and, at the same time, to achieve a more even weight distribution on the axles. This design also has a positive impact on the handling of the vehicle.

Aluminium is now the second highest percentage of the total weight of a car and is used in the production of bodywork and suspension components, chassis, cylinder blocks and other engine components. More than 30% of the aluminium produced today is used in the automotive and transport industries. The aluminium content in the total weight of the car will increase year by year. It is believed that 1 kg of aluminium can replace up to 2 kg of steel or cast iron in many applications. The more aluminium is used in a car, the lighter the car is, which means that it consumes less fuel and emits less harmful gases into the atmosphere. It has been estimated that 65 million vehicles were produced in the world in 2006. If each of these vehicles had an aluminium body, engine and other parts instead of steel, 140 million tonnes less CO2 would have been emitted into the air, and fuel savings over the lifetime of all vehicles would have saved 60 billion litres of crude oil.